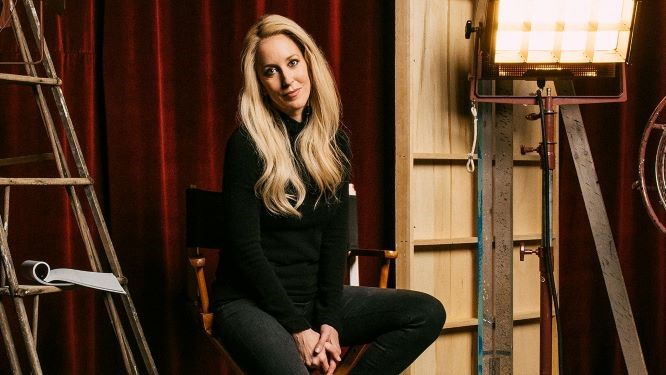 Susan Kent has steadily worked in TV and films for the past decade. Susan is now a household name for her spot-on impressions of Celine Dion and Melania Trump. Most recently she busted us up with Yes By, her song parody of Billie Eilish’s Grammy award winning song on CBC’s award winning This Hour has 22 Minutes. In her nomination, ACTRA National Women’s Committee past chair, Ruth Lawrence noted that, “Susan is an outstanding performer who is recognized across the country for her generosity to fellow artists, supporting worthy causes and helping to lift up the efforts of others. Having known her for 25 years, I’ve worked and played closely with her. Susan shares her gifts of acute observation, instinct, and knowledge. She knows how to laugh with us; crafting the details of her characters from a place of love and respect, Susan’s work always punches up and has a sense of tenderness and wonder that makes her a consummate comedy professional.”

Susan was born in St. John’s, lived in Shoe Cove and Torbay Road beyond the city limits, then moved to Corner Brook at the age of twelve. She graduated from Grenfell’s School of Fine Arts before starting her career in theatre, sketch comedy, television and film in St. John’s. Susan was a member of the sketch group Dance Party of Newfoundland. She has made two one-woman shows playing a man and his nan: Nan Loves Jerry and Jerry’d Alive!

An ACTRA member for over fifteen years, she has appeared in the television series Hatching, Matching and Dispatching, Three Chords from the Truth, Mr. D, Little Dog, Republic of Doyle, The Kids in the Hall’s Death Comes to Town. She is also known for her portrayal of Susan (the foul-mouthed hockey mom) in Trailer Park Boys, season 11 (2017). After that appearance, she was written in for season 12 in the principal role of Ricky’s girlfriend, Susan. She is also the voice for Susan and other characters in the Trailer Park Boys animated series. Kent’s film credits include Young Triffie, Diverted, A Christmas Fury, Hopeless Romantic, Relative Happiness, How to Be Deadly, Making Love in St. Pierre, the Official Sundance selection, Grown Up Movie Star, Spinster with Chelsea Peretti, and the soon to be released, Hands That Bind with Paul Sparks and Bruce Dern.

For the past several years, Susan has been nominated for Canadian Screen Awards for This Hour Has 22 Minutes: Best Sketch Comedy Show & Ensemble Performance and Best Writing in a Variety or Sketch Comedy. Susan joined the cast and writing team of This Hour has 22 Minutes in 2012, after being an occasional writer and performer on the program.

ACTRA Newfoundland is pleased to recognize Susan for her continuous work, artistic integrity, and hilarious take on the events of the day, Her vitality, energy, and work ethic set a fine example for others. Mack Furlong, a longstanding member of ACTRA NL’s branch council said, “I have worked with many wonderful actors, but amongst the most supportive and devoted to the greater cause of the work is Sue Kent.”

ACTRA (Alliance of Canadian Cinema, Television and Radio Artists) is the national organization of professional performers working in the English-language recorded media in Canada. ACTRA represents the interests of 27,000 members across Canada – the foundation of Canada’s highly acclaimed professional performing community.

© 2021 ACTRA. All rights are reserved and contents, in whole or in part may not be reprinted without permission. The points of view expressed do not necessarily represent those of ACTRA.